After moving and getting sick and maybe a bit of procrastination, I’m back with another MISS review. Since this is the only one I’ll be doing for black history month, I figured I’d choose a movie with lots of black actors. Well, technically the Primer review came out on the first, but that movie had no black people in it. Huh. Anyway, I chose a movie that barely has any non-black characters to compensate. Let’s watch The Color Purple.

Stuff I know about this movie beforehand:

-This is Whoopi Goldberg’s first movie

That’s basically it. The credits have a few more familiar names like Danny Glover (should I put Lethal Weapon on my MISS list?), Quincy Jones, Oprah and- oh hey, Steven Spielberg? He’s on this list a few times. Alright, see y’all under the cut.

END_OF_DOCUMENT_TOKEN_TO_BE_REPLACED

Things I know about this movie before watching it.

-It’s about time travel, and apparently super complex. Of course, people told me Inception was hard to follow and mind-blowing and it wasn’t. So maybe this movie is deceptively easy to follow but just has a reputation.

Post-watch note: this movie was so weird that I’m not sure it’s possible to give spoilers. In fact, I’m not going to talk about the plot much in this review at all.

END_OF_DOCUMENT_TOKEN_TO_BE_REPLACED

Before I start, let me note the reason I didn’t review this movie last weekend. I looked everywhere- brick and mortar stores, streaming services, b 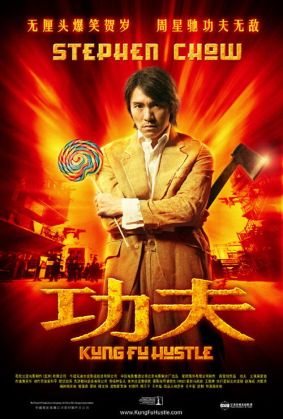 ack-alley pirate markets, everywhere– and I still couldn’t find a version of this movie that is in the original Chinese with subtitles. I had to watch the English dub. I hope that’s an okay thing? In the case of foreign language stuff, I usually prefer to watch it with subtitles but I really had no choice.

After resigning myself to watch the dub, my Internet cut out for a couple of days. I decided to just wait until tonight to post the review. Anywho-

Things I knew about this movie beforehand:

Huh? Nothing! I knew nothing about this movie! Check out what I found out under the cut. If you don’t want any spoilers but just my general opinion of the movie, go to the very last paragraph.

END_OF_DOCUMENT_TOKEN_TO_BE_REPLACED

Time for the first entry in my MISS list, One Flew Over the Cuckoo’s Nest. Jack Nicholson makes his first appearance in this series, finally playing a crazy guy. Was this before he got typecast into that role? Either way, I guess I should start by listing what I do know about the movie before actually watching it.

-there’s a creepy mental hospital with a mean nurse lady

-a big Native American dude smashes a window with a chair

That’s it. So I guess any spoilers and parts I write after watching will appear below the cut. Here goes!

END_OF_DOCUMENT_TOKEN_TO_BE_REPLACED

Alright. So. A few weeks back I was thinking about fiction and media and common knowledge because I’m that kind of weird nerd and I realized that, while I’ve seen a good amount of movies, I’ve not seen even more. A lot of capital-F Films are missing from my experiences, as are tons of those movies that “everyone” has seen. And at this point, I’m wondering why I haven’t gotten around to it. I mean, I’ve got access to the largest archive of human creative achievement in the history of the species!

So why haven’t I ever sat down and watched a John Wayne movie? Why do I only pretend to know Sigourney Weaver from Alien when really she’ll always be that lady from Galaxy Quest in my mind? I mean, I’ve never even seen a Coen Brothers movie, even though I know that they’re supposed to be works of art. I don’t even have an excuse, really. But what I do have is an opportunity.

I’ve compiled a list of movies that I should’ve seen by now. It’s not a perfect list, nor a complete one. Mostly it’s a mad scramble of stuff my friends, coworkers and I brainstormed every now and then. Some genres, like Westerns and Dramas and Horror, are entirely foreign to me, so the choices there are sort of placeholders for whatever fits as the best-of for that category. But with the help of whoever reads this, I’d like to expand and refine the list and watch one of these quote-unquote classic films every week in semi-random order, starting on the first day of 2016. And then, of course, I’ll write up a sort of first-timer’s review and post it here.

So without further ado, the list. Suggestions for additions and removals are encouraged by anybody. I can’t possibly say every movie I have seen, but I’m game to respond to any feedback given.